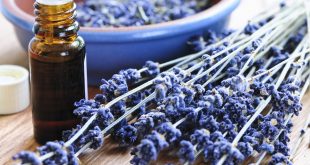 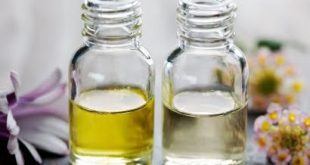 The perfume industry is tough, you know. When making a certain type of perfume, companies never know what kind of aroma customers would like. They have to go through countless trials and errors to reach the best-smelling perfume they can make. It’s a difficult process but over the years, they’ve come to rely on one essential oil in particular: cypriol oil. It has never let them down with its earthy, woody, leather-like odor. Men and women simply love it! But let’s face it, if cypriol oil was just used for its fragrance, it wouldn’t be this popular today. The reason it’s so popular is because of its countless health benefits. You won’t believe how many things this essential oil can do. But before we get into cypriol oil’s health benefits, let’s find out what it is, shall we?

Cypriol oil comes from a plant called Cyperus scariosus. It’s a beautiful plant that is native to India and goes by many names such as Umbrella Sedge, Nutgrass, Cypriol and Nagarmotha, which is its Hindi name. That’s why you might find some bottles that have the words Nagarmotha oil instead of cypriol oil, so you can look for that name too when buying this essential oil. Regardless of what you call it, it’s extracted by steam distillation of the cypriol plant’s roots to give the beautiful yellowish amber cypriol oil. Inside the oil, you can find several important components including cyperene, cyperotundone, patchoulenone, corymbolone, beta-selinene, rotundone, and agarol. But who care’s what’s inside cypriol oil? What it can do for you is what matters and it can do quite a lot. Cypriol oil is helpful in all kinds of skin conditions, kidney stones, menstrual problems, gout, fibromyalgia, fever, arthritis and even respiratory tract problems. I know it’s unbelievable that cypriol oil can do so much so let’s go into more detail.

Cypriol oil is a powerful decongestant. It helps you fight any respiratory tract problems you may have and opens your nasal pathways to more air. It’s perfect for cold and flu season. A lot of people keep a bottle of cypriol oil handy to use at the slightest sign of a cold. It’s also helpful for people who suffer from asthma. When you’re asthmatic, even the slightest trigger can leave you wheezing and gasping for air. It’s nice to have something like cypriol oil that can help get your breathing back to normal.

Acne is the worst. Not only does it look bad, but some types of acne can be very painful, too. Good thing cypriol oil can prevent acne from developing and also fight preexisting acne. How? Well, acne develops when your skin is dehydrated or not keeping in enough moisture. Your skin starts to compensate by secreting more oils, especially an oily substance called sebum. The excessive sebum combines with your dead skin cells and start clogging up your pores. You don’t want clogged skin pores because they provide an ideal medium for bacteria to grow and grow they do. Before you know it, you’ve got acne. Where does cypriol oil come in? Well, first of all, it acts as a moisturizer that keeps your skin hydrated and healthy so it basically tackles the acne at its roots. Second of all, it has oil-regulating properties that help your sebaceous glands produce just the right amount of sebum. No excessive sebum means zero clogged pores. Last but not least, even if your pores got clogged and bacteria started to show up, cypriol oil has antibacterial properties. It kills off the bacterial and gets rid of your acne problem.

Both dermatitis and psoriasis are inflammatory skin conditions that can be quite painful and annoying. Your skin becomes red, itchy, irritating and even swollen in some cases. That’s why you need cypriol oil. Some of its chemical compounds are natural anti-inflammatory agents. They quell the inflammation and calm your skin, reducing the redness and irritation, thanks to cypriol oil’s soothing abilities. As for those who suffer from psoriasis, cypriol oil can help reduce the skin dryness and flakiness that often come with the condition.

Cypriol oil has been proven to be useful for people who suffer from diabetes. It has the ability to lower blood sugar level considerably, which helps prevent dangerous sugar fluctuations that frequently occur with diabetics. Of course, it might not be enough alone to control your diabetes but it’s definitely something that can help. You might be able to incorporate some cypriol oil into your lifestyle along with your diabetes medication for an overall healthier blood sugar level, so ask your doctor about it.

Cypriol oil is one of the most commonly used essential oils in the treatment of different types of gastrointestinal problems. It works wonders in different places along your GI tract. Let’s take the stomach for example. People often suffer from indigestion due to stress, the type of food they eat, medication and several other reasons. One cure for indigestion is cypriol oil. Let’s go past the stomach and down to the intestines. What can cypriol oil do for your intestines? It helps with diarrhea. The oil is one way to go at it but you can even get the cypriol roots and boil them, then use their water to make the diarrhea go away. Another intestinal problem is worms. They’re quite troublesome and they take a serious toll on your health because they eat all your food and nutrients, which exposes you to malnutrition and anemia. When fighting intestinal worms, you need an “anthelmintic”. That’s just a fancy word for drugs that get rid of intestinal worms. But why resort to medication when you have a natural, alternative anthelmintic like cypriol oil? Ever feel like your stomach is churning and struggling to keep food down? Try massaging some cypriol oil on your abdomen to relieve the nausea. This method is also useful for helping with irritated bowels and upset stomachs.

Cypriol oil works as a tonic for the nervous system and has the ability to enhance different neurological functions in your body. It can tone your nervous system and reduce tension, stress and fatigue. You might not think stress is a big deal but it is. It’s not only a psychological problem, but it as a negative impact on your body as well. When subjected to too much stress, your body releases “stress hormones”.  These hormones can affect your metabolism, body functions and even your heart, eventually leading to several heart diseases.

Cypriol oil has the ability to reduce your blood uric acid levels. Why does this matter? Well, uric acid is something you don’t want too much of in your body. Gout is one of the most common diseases that develop when you have “hyperuricemia”, which is an elevated uric acid level in blood. Gout can be quite painful and affect your everyday activities so it’s nice to have something like cypriol oil which can prevent and even fight gout. Another thing that happens when you have too much uric acid is that it accumulates in your kidneys and starts to form tiny crystals. Sooner or later, those crystals start to grow and become kidney stones. These can cause an extremely painful, burning sensation during urination and even lead to kidney failure. All of this can easily be avoided by regularly using cypriol oil.

Surprisingly, cypriol oil has been used for decades in the treatment of alcoholism. The ancient Indian medicine system called “Ayurveda” talks about using a decoction of nagarmotha to treat alcoholism. A decoction of nagarmotha is basically another word for cypriol oil. It’s added to different preparations but essentially, they all do the same thing. This is especially useful for people who suffer from alcoholic liver disease because they can’t start treating their liver until they stop drinking alcohol.

Cypriol oil has been proven to be a strong wound-healer. It closes up any cuts or skin injuries in no time. It’s probably thanks to cypriol oil’s ability to stimulate collagen synthesis which basically helps skin layers heal much faster. Interestingly, cypriol oil has long been used for hair removal. It’s blended with turmeric and kuppaimeni and added to baths in order to get rid of any unwanted hair. Of course, it takes constant everyday use but eventually, you’ll notice the difference.

As you can tell cypriol oil has tons of therapeutic benefits and believe me we’ve only scratched the surface of what it can do. One thing worth mentioning is that pregnant moms shouldn’t use cypriol oil because it’s categorized as an emmenagogue. This means it can increase menstrual flow and cause bleeding which is something that should be prevented to avoid a miscarriage. Other than that, cypriol oil is generally safe and it’s a great essential oil to have around the house for everyday use. Besides, even if you don’t use it for its health benefits, you’ll definitely fall in love with its earthy, woody aroma. 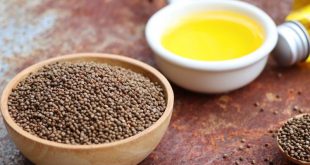