The word “tansy” comes from the Greek word “athanaton” which means immortal. Extraction is completed through a steam distillation of all the parts of the plant. The parts of the plant that are most commonly used are the flowers and buds as well as the leaves. The plant grows to be about three feet high, and it is characterized by its hairy leaves and tubular flowers.

Blue tansy has the scientific names Tanacetum Annuum or Tanacetum Vulgare, both of which the herb used to make the blue tansy oil is sometimes called. The oil also goes by a few nicknames such as Moroccan Chamomile, annual tansy or Moroccan Tansy. These two nicknames don’t help with the confusion between blue tansy oil and tansy oil. The blue tansy oil gets these nicknames because it is originally from Morocco. The main chemical constitutes of this essential oil are Chamazulene, Sabinine, Camphor, Beta-myrcene, Beta-eudesmol, dihydrochamazulene, a-phellandrene and Beta-pinene. Today, blue tansy oil is produced in Morocco, the country of its origin, Spain, and France.

The vivid blue color is because of azulene content. Surprisingly, the flowers of the blue tansy oil’s plant are not blue, it is just the azulene content that makes the oil blue. The blue coloring occurs during the precise distillation process of the blue tansy herb. The blue tansy essential oil has an herbaceous property that enables its warm fragrance, not to mention a complex and wonderful sweetness.  The scent of blue tansy oil is a complex, sweet, slightly floral aroma with camphorous and herbaceous undertones.

A fun fact about blue tansy essential oil is that it contains three to six percent of chamazulene. Chamazulene is a chemical that is only produce when distilling certain plants in a very particulate and accurate manner. Chamazulene is called an artefact because it is fairly rare and sought after. German Chamomile, Helichrysum, Yarrow and blue tansy essential oil are the only plants that will produce chamazulene. This is why the chemical is considered valuable and rare.

Blue tansy oil has become slightly scarce within the past few years, and this has caused the oil to become quite expensive. The current price of blue tansy oil is about sixty American dollars for ten millilitres of essential oil. It is known for its warm and sweet relaxation fragrance, skin-care goodness, anti-inflammatory and anti-allergen properties. It is also used for its antimicrobial properties to kill bacteria and viruses as well as to treat illnesses and colds.

The oil can also be used to ward off insects such as cockroaches and mosquitoes because these insects despise the scent of the blue tansy oil.

It is widely used in aromatherapy to relax the mind and ward off anxious and depressive thoughts.

Blue tansy oil has anaesthetic, analgesic and anti-inflammatory properties.  With this also is anti-allergenic components that neutralise antihistamines from being produced.  This all together is good for allergy control.

Let us take a closer look at the health benefits associated with Blue Tansy oil.

At home, one can use blue tansy in a nebulizing or ultrasonic diffuser for molecules. This diffuser assists in purifying and killing off pathogens, mold, bacteria,  and viruses. It will sweeten the atmosphere and with it create positive ions. The blue tansy essential oil is a natural relaxer, and it helps support the body’s natural reaction to irritation.

It may also be used with cleansing products to clean bathrooms and toilets.  In order to use the oil as a cleaning agent in the home, one should combine the blue tansy oil with clove oil and water to combat parasitic worms, bacteria and other pathogens.

Used as perfume and in Aromatherapy

A major benefit of blue tansy oil is that it can serve as a perfume.  It can also be used in aromatherapy to relax the body, ease worries, sooth anxiety and relax tension.

Blue tansy oil has insect repelling properties. It can be used as an insecticide to keep pests away. Bugs that don’t like blue tansy oil include cockroaches and mosquitoes along with other insects. Though humans enjoy the scent of blue tansy oil, insects can’t stand the aroma. To keep pests away, people can add a few drops of the essential oil to water. This will make a bug spray that can be used on skin, clothes or around the house to keep insects and other bugs away.

Because of its warm and sweet fragrance, blue tansy relaxes the mind and body.  It has a calming effect on the nervous system, which in turn can relieve anxiety, stress and nervous tension. Because of its calming effects, blue tansy oil can be used to treat mild depression and anxiety. The best way to treat these emotional conditions with blue tansy oil is to inhale it or diffuse it through the air with a diffuser. Blue tansy oil can be a better treatment than prescribed medications for some people. It all depends on the person. The oil also is able to tranquilise emotional instincts.  Blue tansy oil can also be blended with various oils or properties corresponding to it, to make a synergistic mixture for sleep.

Blue tansy oil also contains anti-inflammatory, analgesic and anaesthetic properties that neutralise and stop production of histamines.  This in return controls reaction to different allergens. Blue tansy oil is very useful for people who have seasonal allergies. The oil doesn’t have the same sedative effects as over the counter medicines, so that is a good reason to try the oil. Some symptoms helped by the blue tansy oil include sneezing, watery eyes and rashes.

Blue tansy has anti-bacterial and anti-viral elements that together with relaxation properties calm down coughs. The oil also kills bacteria and reduces inflammation, both of which are problems when it comes to illnesses and diseases.  The sedative properties induce sleep. Asthma and croup are also treated with the blue tansy oil. It can be combined with ravensara and lavender to produce synergistic blend that combats symptoms of these two ailments during the night. Blue tansy essential oil can also be combined with eucalyptus or peppermint oil for steam inhalation to soothe the respiratory system.

With its anti-inflammatory properties, blue tansy oil soothes the skin, soothing the itching and restoring dry skin.  It is also used in skin-related conditions such as dermatitis, rashes, and chicken pox spots. Blue tansy oil has been used to treat acne as well as psoriasis.  It can heal burned and bruised skin, inflamed skin as well as damaged skin.  When blended and diluted, it is used to treat athlete’s foot.  It can be used in its diluted form to soothe extremely sensitive skin.  It may also be diffused and inhaled directly. When one wishes to apply the oil topically, he or she should first dilute the oil so it isn’t too potent. It is also smart to apply a patch test to the skin because some people are very sensitive to the essential oil.

Blue tansy oil’s anti-inflammatory properties are also helpful in treating arthritis and sore muscles.   Strains and sprains are also healed and strengthened by blue tansy oil.  Conditions such as arthritis, rheumatism and sciatica are also tackled using this oil.  This essential oil can be added to bath water in order to treat these conditions. The oil soothes sore joints and muscles, which can be helpful if one has sore muscles after a hard workout, sore joints because of arthritis or extreme pain due to gout, a condition that causes pain in the joints from a build-up of uric acid.

Use Blue Tansy Oil in Your Massages

If one wishes to have a relaxing massage using blue tansy oil, there is an easy recipe he or she may use. The recipe calls for three drops of blue tansy essential oil, two drops of lavender, two drops of fir needle, and one tablespoon of carrier oil, which could be olive oil, argan oil, or any other carrier oil of choice. A person may also diffuse this mixture in a diffuser without the carrier oil added.

Blue tansy oil is very useful for people who deal with headaches. The oil can be used to treat headaches caused by tension or by sinus congestion. The oil can be diluted and then massaged into problem areas with the hands topically.

How to Use Blue Tansy Oil

Blue tansy oil can be used in many different ways. It can be diffused throughout the home, and this will create a relaxing and bug free environment. The oil can be made into a steam inhaler by mixing it with eucalyptus or peppermint oil and then adding the mixture to a hot bowl of water. The mixture can then be inhaled. The blue tansy oil can be massaged directly onto the skin, but the oil must first be mixed with a carrier oil. Common carrier oils include coconut oil, avocado oil, emu oil, sweet almond oil, olive oil and argan oil. Finally, the oil can be added to a damp cotton ball before being massaged into the skin. This is the most common way to use the oil to help with dry skin and other skin conditions.

Who Should Avoid Using this Oil

Blue tansy oil is a non-toxic oil used beneficially in various ways.  One can use it as a perfume in place of synthetic perfumes. It can also be diffused throughout the home. The aroma from the blue tansy helps to soothe the mind, replenish peace, calm anxiety and generally improve the mood of the user. The oil can also be used on animals to calm them down, though pet owners should contact their vets before using the oil on a cat.

Use With a Diffuser

At home, a person can use the oil as a diffuser to spread molecules that deal with pathogens, viruses and bacteria. The oil can be used to kill these pathogens and treat illnesses such as colds. It can also be a good preventative measure to take during flu season as the oil is good at killing viruses. The blue tansy oil can be used keep insects such as mosquitoes and cockroaches away both inside and outside as it can be made into a spray to be used both inside a person’s house and outside as a bug spray. Blue tansy oil is able to create a positive atmosphere overall.

Benefits to the Body

The body muscles, joints also gain a lot from this essential oil.  The anti-inflammatory properties in the oil helps heal bruised skin and restore dry skin.  From chicken pox spots to acne, dermatitis and any many other skin-related conditions, this oil comes in handy by healing spots or rejuvenating skin.

Blue tansy oil is great at relaxing people and improving a person’s overall health. In conclusion, blue tansy essential oil has many health and household benefits, making is a multipurpose oil and good value. 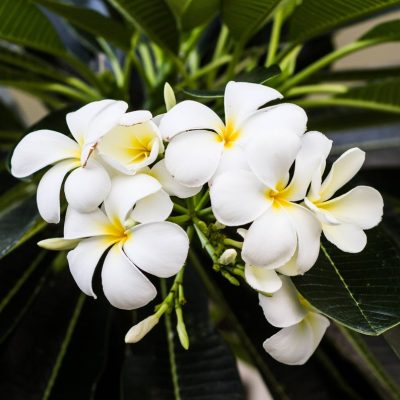 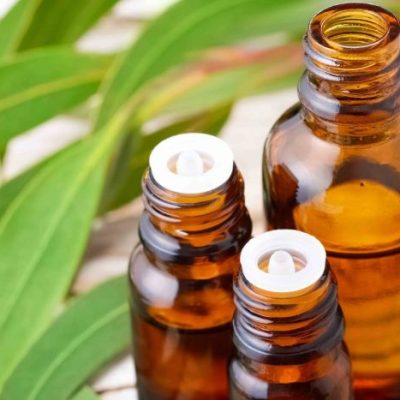 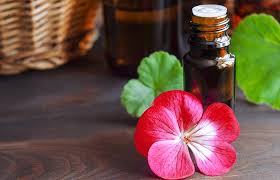 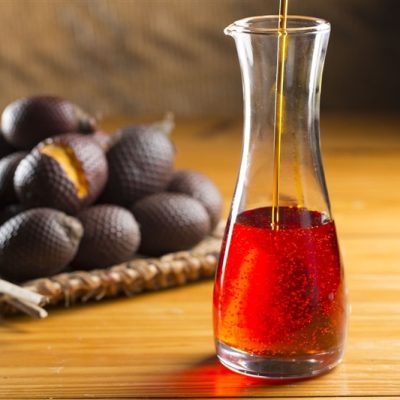 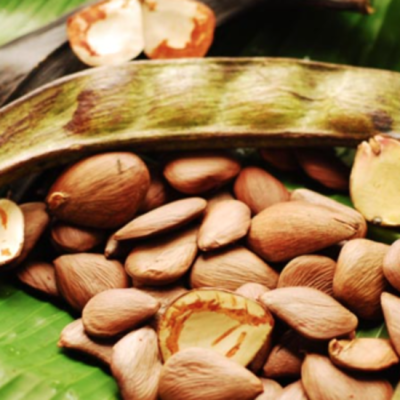 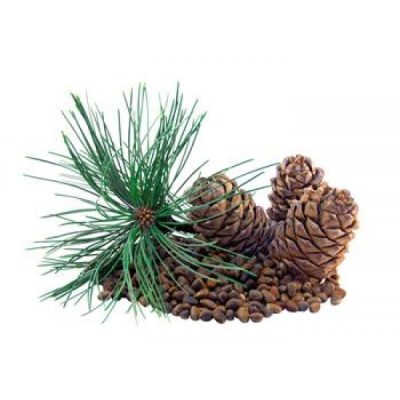 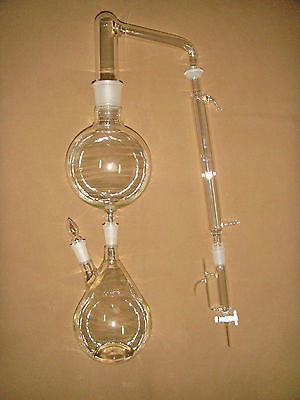 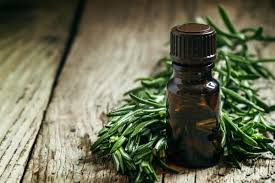 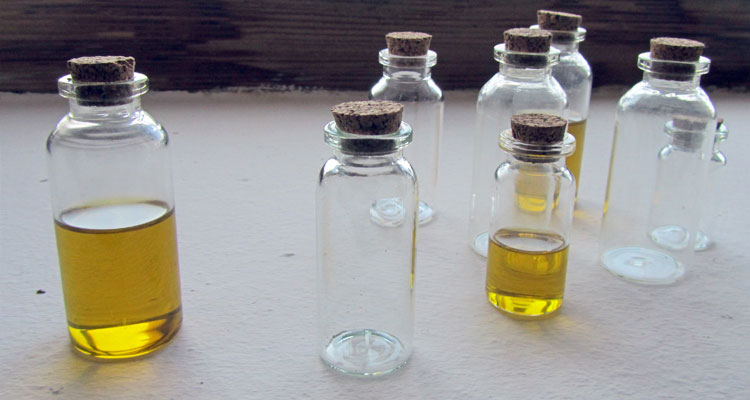